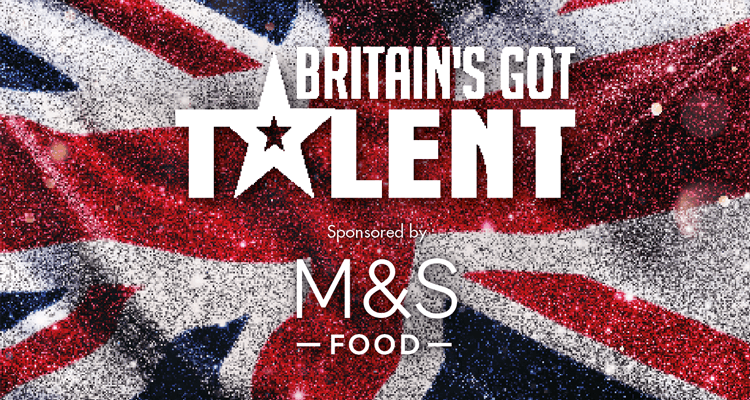 After a tough Christmas period, the retailer looks to change perceptions and target families with a sponsorship of ITV’s Britain’s Got Talent.

In a move designed to target families and change perceptions around value, idents at the beginning and end of the show and around the ad breaks will highlight a range of family-friendly M&S Food favourites. That includes pizzas, stir fries, and dishes from its new vegan range Plant Kitchen.

“What better way to get into the hearts and minds of Britain’s families than to team up with the biggest family show on TV,” says Sharry Crammond, M&S Food marketing director.

“Through this partnership we’ll be bringing M&S Food into millions of home each week, telling more families about our great value, great quality food and encouraging them to choose M&S for their Saturday night family dinner.”

On the face of it, Britain’s Got Talent feels like an odd move for the premium retailer. But given its wider market challenges and ambitions to position its food as good value and not just expensive, targeting this audience could help to shift those stubborn perceptions.

According to YouGov BrandIndex, M&S Food’s value score is -3.9, putting it 24th out of 27 UK supermarkets. By comparison, for metrics such as quality, reputation, satisfaction and buzz it sits in the top three.

That value perception is now hitting its sales. For its most recent results, the 13 weeks to 29 December, like-for-like sales in its food business were down 2.1%. CEO Steve Rowe has said changing those perceptions is a key strand of its strategy to turn around performance.

The campaign, developed with media agency Mindshare, will also run on ITV 2, and social and digital platforms including the ITV Hub.

Meanwhile, the Britain’s Got Talent app will provide more information on offers and feature a game created by M&S that challenges players to prepare a dinner and complete culinary tasks such as slicing a cherry pie and creating a duck pancake.

Britain’s Got Talent, which is in its 12th year, is the UK’s largest talent competition. The 2018 series reached a peak audience of 11.2 million viewers, with the show contacted to run until 2022.

Interested in how TV advertising could work for your business? Get in touch today, 02921 320 200 or [email protected]