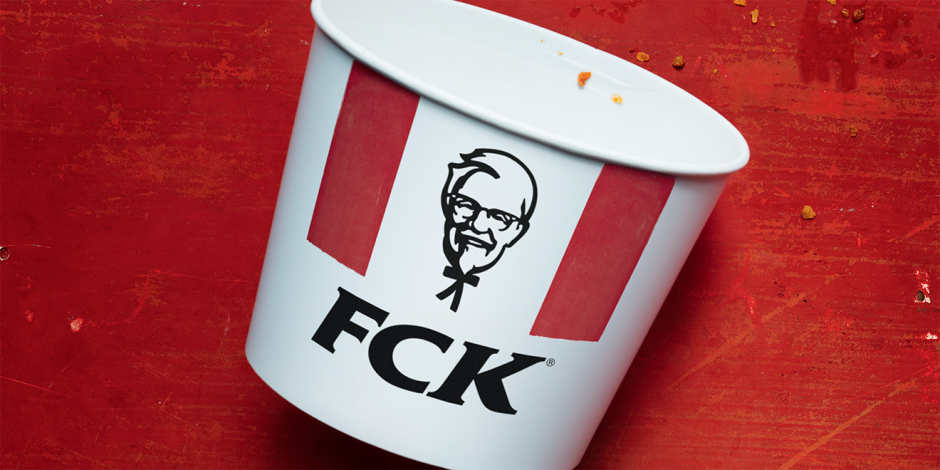 Despite the sharp rise in popularity of digital marketing in recent years, print advertising continues to hold a prized place in the hearts and budgets of advertisers.

We’ve taken a look at 5 of the top creative print adverts published in recent years.

This series of print ads was first launched in 2013 by gun control organisation ‘Moms Demand Action’ to highlight the hypocrisy of American gun control laws. The three ads feature innocent objects which have been banned in America to protect children, including a Kinder egg, a copy of Little Red Riding Hood and a ball used in playground game dodgeball. The ad invites the viewer to choose whether they would prefer their children to play with one of these items, or a rifle.

These arresting ads were released in response to the shocking number of school shootings which have plagued America, and to highlight the necessity of stricter gun control to the government.

Print isn’t dead! Find out why

Appearing in newspapers across the UK, the social enterprise Hey Girls UK ran a cut-out and keep ad to highlight the less than hygienic options available to girls that fall victim to period poverty.

The double-sided ad features a cut-out outline of a sanitary towel, with fold printed on its wings. Striking for the reader, the other side of the ad features the shocking statistics of young girls that cannot afford sanitary products and are forced to make use of random items in their place.

In response to the public’s very vocal criticism of the brand, KFC released a full-page print apology for its mistake in The Metro and The Sun newspapers. Playing about with the brand’s own three-letter acronym, the ads featured the KFC bucket with the letters ‘FCK’ emblazoned across the front.

Here’s another example of Ikea making smart use of print media in order to bring imaginative advertising to life.

In an ad for its range of cribs, the retailer incorporated a pregnancy test strip. Potential mothers are invited to urinate on the strip as with a regular pregnancy test and wait for the outcome.

If the result is positive, the crib will be offered to them with a 50% discount. This outstanding print ad brings another dimension to Ikea’s ‘wonderful everyday’ tagline.

Liberty Mutual Insurance incorporated the enticing new car smell into one of its print ads in a move to be thought of first for insurance when consumers purchase a new car.

As smell is the sense that is the most closely connected with memory, the ad looks to jog the memories of consumers when they do buy a new car and have to consider new insurance. The eye-catching, bright yellow ad mimics the style of perfume print ads, showcasing their scent to magazine readers.

How can you stand out with print advertising?
Get in touch to find out.