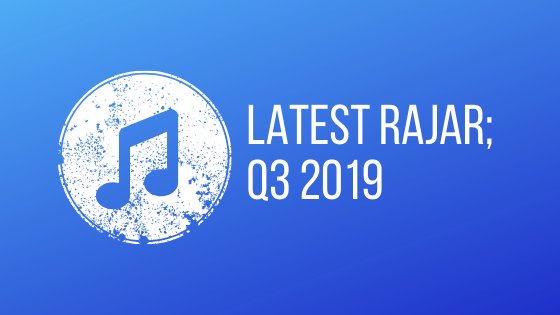 In the last RAJAR survey of 2019, how have stations across Wales and nationally fared?

88% of the UK population tune into radio every week.

On average a listener tunes into 20.4 hours of live radio per week.

59% of listeners tune in at home

The Rajar data also shows large parts of the British public are discovering podcasts, with 8.4 million saying they listened to them, up from 6 million at the same time last year. Up 40% year on year

In the last Rajar of 2019, the stations surveyed by The Media Angel saw a range of results.

% Reach remained relatively unchanged across the board. The biggest loss was Capital South Wales, losing 2% now 20%. While Heart South Wales increased by 5% to 24%.

Listener hours also experienced little change. Heart South Wales retains the highest listening hours with 9.5. 106.3 The Bridge FM lost the most hours now 4.8 hrs, down 2.7. Swansea Bay Radio6.5 hrs and Smooth South Wales were both up 9.4hrs, by 2.4 and 2.2 respectively.

Capital South Wales has the lowest listening hours at 4.4.

The biggest news in national radio has to be Zoe Ball’s breakfast show continual decline on Radio 2.

Between Q1 and Q2 of 2019, Ball’s figures fell from 9.05 million to 8.27 million after she took over from Chris Evans. In the latest quarter, figures have fallen again to 7.9 million listeners, the lowest audience figures for the Radio 2 breakfast show in a decade.

Chris Evans left to join Virgin Radio, and despite promising initial listening figures, they have remained flat in Q3 at 1.1 million.

Global has continued to grow its’ audience, and Heart now attracts more weekly listeners than Radio 1 and the breakfast show has become the biggest commercial radio programme in the country.

Bauer, the other major commercial radio owner, has seen enormous growth at its digital-only Kisstory station which grew 18% to 2.6 million.

With digital listening now accounting of 56.8% of all radio listening (up from 52.4% in Q3 2018, equating to 65% of the population listening to digital radio every week).

28% of adults now claim to own a voice-activated smart device it seems they are a neglected piece of equipment as only 18% of owners say they use one every day.

So which radio station is right for you?

If you want to make sure you’re using your marketing budget to its’ full potential and using the right radio station(s) to reach your target market, then give our team a call on 02921 320 200 or email at [email protected].